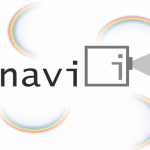 Djero meets Iketut in Bali –  in the footsteps of Margaret Mead

We proposed to Djero, our chauffeur in Bali, that we go visit Desa Bayun Gede. Djero did not know the place where Margaret Mead and Gregory Bateson, two leading anthropologists, had done research between 1939-1940. Desa means village in Balinese. It wasn’t shown on any map. At the University of Denpassar, a fellow anthropologist kindly welcomed us and, accompanied by a student, showed us the place Margaret Mead described as a “standalone friendly village on top of a mountain”, which was chosen by a lucky accident, according to her.

We left our hotel on the beach in the north of Bali and headed for the mountains, where Desa Bayun Gede was located. On the way to the mountains, Djero asked many questions about Mead, the anthropologist who was the reason we were heading to a place he, as an urban Balinese, thought of as a traditional place. We spoke with reverence of her work on Balinese character, the
relationship between parents and children, sibling rivalry, and childhood.

We also talked about the movies Mead and Batenson made together in Bali, “A Balinese family”, the story of a father and a mother taking care of their three little children. “Bathing babies in three cultures” where the bathing of babies in Bali, the United States and New Guinea are compared. “Karba’s First years” is a series of scenes in the life of a Balinese child, beginning with Karba’s seventh-month birthday ceremonial.

“Trance and dance in Bali” is one of the couple’s most well known movies and explores Balinese rituals. Djero listened with curiosity and did the math: the children who were subjects of Mead and Bateson’s studies in Bali at the late 1930s should be more than 70 years old now. As described by Mead in her famous introduction to Balinese Character, when arriving there in 2009, we also found an empty and silent village. We heard music and drums in the distance. We saw women with huge offerings in their heads walking by in silent footsteps. We learned from Mead and Bateson that offerings are given to spirits in return for a greater offering, the world we live in.

The ceremony marked the thirty days following the death of a woman. Djero kept looking around and saw the past. He showed us a place where they used to hang placentas from trees, inside gourds, as a way to protect babies. The ritual was abandoned in contemporary touristic Bali. “Babies are reborn spirits who need to learn”. Djero asked an old man who watched the ceremony: “Have you met the foreigner?” He answered without hesitation: “Yes, Margaret”.

We followed the old man, Iketut. He showed us the house of Madere Kalere, a local man, educated by Mead, who wrote for her several sheets about the aspects of the local culture. He also showed us the residence of Mead and Bateson, who were always classified as citizens of death, as foreigners are called in Bali. Iketut took us to his own home, where he showed us the book Mead gave him during one of her visits to Desa Bayun Gede, when he was still a student. He also recalled that she had returned in the 1960s with her grandson, who had been there recently to visit the local villagers. “Everyone is dead, dead”, he repeated while he showed us the book “Balinese Character”. “Everyone but me”.

At that point we found out that he was “the baby Mead saw being born” as written in the dedication on the book she had given him and he preciously kept in a plastic bag. Thus, our trip to Desa Bayun Gede, following the footsteps of our anthropology “ancestors”, also allowed Djero to meet Iketut, a reunion of two generations of Balinese, two worlds on the same island.